skip to main | skip to sidebar

CHINA: Sinopec in talks with Petrobras to build 300,000 b/d refinery in Brazil

Alstom’s GT26 gas turbine can already handle shale gas and other variable fuels as internal calculations show that shale gas and LNG will be within the company’s hydrogen gas experience range.  “We get prepared for extreme cases of shale gas with lots of C2+ that we may 16-18 percent and go up to even 20 percent C2+,” Dr. Klaus Knapp, group head, combustor operations and emissions with Alstom told  this weeks’  VGB Congress in Friedrichshafen, Germany.

In Algeria, Alstom could prove the C2+ variation tolerance of its turbine by running the combustion chambers with 15 percent C2+.

A hydrogen content of up to 15 percent volume can be handled by Alstom’s GT26 turbines, according to Knapp. “Even if we add hydrogen to gas not much happens to the Wobbe Index, even at 100 percent hydrogen,“ he said, explaining “Hydrogen and natural gas show similar Wobbe Index values and so jet penetration, mixing and pressure drop are similar.”

“We can handle the situation as far as NOx is concerned,” Knapp said pointing to experience gained by the company to handle Wobbe Index fluctuation of  plus or minus 15 percent .

Knapp outlined that particularly in conjunction with shale gas the variants of gas quality are bound to increase and customer demands to switch between gas types have to be considered.“We see today that the hydrogen discussion is coming up and we can expect that hydrogen will be added to gas locally that the user or in the pipeline grid,” he said.

Hydrogen in natural gas increases the reactivity of the flame and tends to ‘flash back’ or create a flame flare within the combustion chamber.

Such flash backs can cause emissions increases, he said. “If flame flashes back into the burner, it does not necessarily cause damage, but leads to a NOX and emissions increase. If I am careful I can adjust the flame, but then I have the risk of losing the flame,” he said.

Clients for GT26 in Algeria, Spain and Thailand

The fleet includes machines that use diluted gas with a high nitrogen, engines that operate blast furnace gas, and also syngas from heavy oil and gasification.

ExxonMobil Chemical's (Baytown, Texas / USA; www.exxonmobil.com) new world-scale cracker at Singapore’s Jurong Island has not only begun producing ethylene, but it has also doubled the steam cracking capacity at the complex, the company announced in a statement issued to the media at the start of June.

In the coming weeks, the mega-petrochemical facility, powered by a 375-megawatt cogeneration plant, will be boosting production at its three polyethylene plants, two polypropylene plants, a specialty metallocene elastomers unit and its expanded oxo-alcohol and aromatics units – see Plasteurope.com from 04.01.2013.

According to the release, the American company completed the facility expansion in December 2012 and, in doing so, also set an industry-leading record in construction safety with more than 83 million hours worked without an injury involving a lost day of work.

According to Plasteurope.com’s Polyglobe database (www.polyglobe.net), the naphtha cracker has nameplate capacity for 1m t/y of ethylene, 500,000 t/y of propylene and 340,000 t/y of benzene, now complements a 990,000 t/y cracker already in operation. In total, the expansion adds 2.6m t/y of finished product to the US petrochemical giant’s portfolio, including its first specialty elastomers and metallocene PE production in Asia-Pacific. Two new 650,000 t/y LLDPE lines complement an existing 600,000 t/y LLDPE facility with a new 450,000 t/y PP plant operating alongside an older 400,000 t/y PP line.

“This expansion gives [our company] unparalleled feedstock flexibility in the industry and positions the Singapore petrochemical complex well to serve growth markets from China to the Indian sub-continent and beyond,” said Matthew Aguiar, chairman and managing director or the company’s Asia-Pacific arm.

The butyl rubber facility began start-up earlier this year, and production has increased gradually since then. Lanxess expects the facility to achieve full capacity of 100,000 metric tons in 2015.

"This is the largest investment in the company's history and underlines the importance of Asia as a location for our synthetic rubber business," said Axel C. Heitmann, Lanxess' chairman of the board of management. "We have clearly built this plant with the future of mobility in mind because we think and act long-term."

Lanxess said about 10 percent of its investment went toward technology that allows the plant to produce butyl rubber more environmentally efficient. The company operates butyl rubber plants in Sarnia, Canada, and Zwijndrecht, Belgium.

Lanxess said the butyl rubber market is expected to grow on average by 5 percent in the coming years, with demand in Asia leading the way. According to the company, the tire industry accounts for around three-fourths of its butyl rubber sales, and more than 50 percent of sales is generated in Asia.

It is barely a month since Singapore's liquefied natural gas (LNG) terminal begins commercial operations and the Energy Market Authority (EMA) is already making plans to open up the LNG market further. 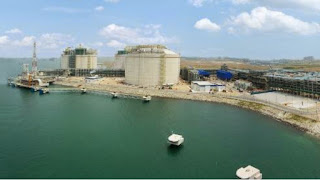 SINGAPORE: It is barely a month since Singapore's liquefied natural gas (LNG) terminal begins commercial operations and the Energy Market Authority (EMA) is already making plans to open up the LNG market further.

Currently monopolised by one LNG importer, EMA is seeking industry feedback on whether it should introduce competitive licenses to multiple LNG suppliers.

Analysts said this would boost Singapore's price competitiveness in the energy market and also go some way in developing its position as a secondary market for LNG.

There is currently one sole supplier of LNG to Singapore - British-based BG Group. It was awarded an LNG importer's licence in 2008 to import and sell up to three million tonnes per annum of LNG for up to 20 years.

Singapore started importing LNG with the commencement of commercial operations at the LNG terminal on Jurong Island in May 2013.

However, rather than just operating from one source, the government wants to keep its future options open especially at a time when the global energy market is moving towards spot supplies to hedge against volatility.

LNG is increasingly sold in shorter contracts and spot cargoes rather than through long term high volume contracts. Experts said Singapore's LNG import framework must reflect this change as it will give LNG players more flexibility and also allow Singapore to compete more effectively in the LNG market.

EMA's latest proposal calls for a competitive licensing framework that would see Singapore buying LNG on demand and reduce its concentration risks of only buying from one supplier.

For the moment, LNG buyers in Singapore have to work with BG Group to get their supplies and are allowed to re-sell it to anyone else domestically.

Ravi Krishnaswamy, vice president of energy and environment at Frost & Sullivan, said: "What EMA is trying to do is to allow the buyers to on-sell the gas using the domestic pipeline network to other interested parties especially if they have excess supply. This also in a way tries to help the buyers who may not have a need for all that capacity in that point of time to hedge the risk with respect to the take or pay contracts."

More buyers and sellers in the LNG market would also boost liquidity and lead to the trading of LNG futures contracts as demand for LNG continues to grow.

According to EMA's report, Singapore's near-term incremental gas demand is not large. The incremental demand up to 2018 is estimated at around 1 to 1.5 million tonnes per annum. However, demand is expected to increase more substantially after 2020.

Stephanie Wilson, managing editor of Asia Power at Platts, said: "There is certainly a growing demand for them but as yet, we don't have any LNG futures traded on an exchange. It is something that will probably happen in the next couple of years. I know in Japan, they are talking about launching a futures contract as early as 2015 as they deregulate their energy industry. Whether or not it will bring down the price of LNG, certainly these guys need something to hedge against now that the market is becoming more volatile."

EMA is also expecting new supplies of gas when liquefaction projections from the US, Australia, and Russia enter the market over the next decade.

"When it comes to main competitors to becoming a trading hub, Japan is clearly a one of the countries in the region that can take that title. They already have a very liquid market, they have many players involved. The only problem that they have right now is that the prices are regulated in a sense so if they were to launch a LNG futures contract, and unbuckle the energy industry and deregulate the whole thing, you would see more competition emerging in Japan. They become more liquid and flexible which is what you need to create an LNG trading hub," said Ms Wilson.

The deadline for feedback and comments on the consultation paper is July 31, 2013.